If I were to hark back to wellness rituals that I’ve grown up with in my childhood, few would be complete without oil. Life was simpler and oil was seemingly the remedy for everything. Have dandruff? Nothing a concoction of coconut oil and neem oil won’t fix. A blocked nose? Just a few drops of eucalyptus oil should do the trick. PMS or tummy troubles? A couple of drops of castor oil in and around the navel works like a charm. In fact, such is my connection to oil, that I’ve grown up listening to stories about how I was born after my mother went into labour only after a prescription of castor oil. And about three decades later, my own daughter was born a few days after her due date, only after labour was induced with a generous dose of castor oil! 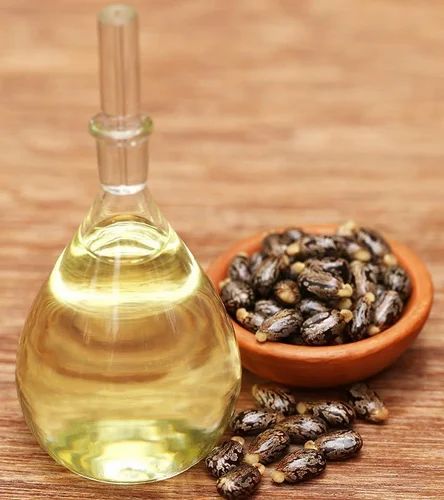 In India, oil is at the centre of most customs and rituals. No matter which part of the country, oil is literally synonymous with haircare. (Is it any surprise that coconut and almond oil have spawned a multi-billion dollar industry in the sub-continent?) Oil is a rite of passage for new-borns—we’re all too familiar with the matronly masseuses that are put on the job, the day an infant comes home from the hospital. So deeply venerated is this elixir, that it also has a spiritual significance attached to it; most Hindu rituals involve oil offerings or oil lamps, with specific oils prescribed for specific days and deities.

In fact, it’s not just India, but oil is deeply intertwined with cultural and religious customs and rites across the Eastern world. For instance, the use of oils can be traced back to thousands of years in ancient Egypt. Archaeologists have excavated what appear to be vials of essential oils from ancient burial sites. And of course, ancient Egyptian wellness rituals are incomplete without the mention of the mighty Cleopatra. It is said that castor oil was the secret behind her luscious, dark tresses. The regent’s love for oils went as far as her dousing not just herself but also her ship sails with neroli oil in a bid to express her beauty and femininity everytime she sailed. 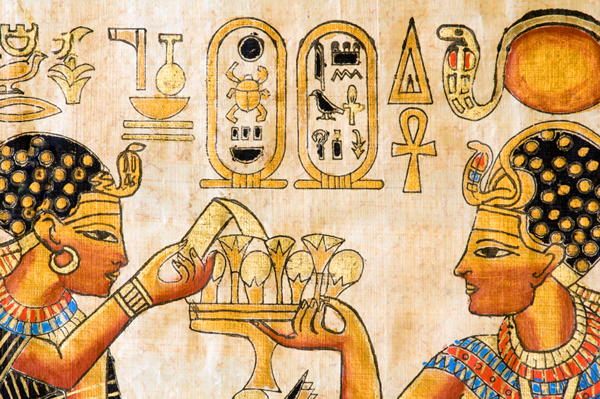 Moving further eastwards, across the Indian subcontinent, the Orient has had its own rituals around oils. You’d be surprised to know that it’s not just cherry blossoms that are Japan’s most famous tree. The Tsubaki or camellia tree has been a part of Japanese rituals since ancient times. The legend goes that in Japan’s Oshima island, it was noticed that all the women who harvested Tsubaki oil had exquisite skin and hair. It turned out the women were using the remnants of the oil on their skin and hair—which led to the discovery of Tsubaki as a potent beauty and wellness ingredient. So what is it about the ancient world and oil rituals? What did they know that we don’t? Even without modern day R&D, every region had its own rituals—and interestingly these grew synchronously despite the lack of means of communication. So while Tsubaki was blooming in the Far East, ancient Egyptian perfumers were harnessing the potency of rose and lavender oils in the Middle East. Closer home in India, oil was the single remedy for all maladies—from hair fall to dull skin, from tummy problems to muscle aches and pains, there’s nothing a concoction of oil wouldn’t fix.

While dermatologists and trichologists today may be divided on the use of oils for skincare and haircare, modern medicine recognizes the power of oils. A 2016 study in Lima proved that using castor extracts as a natural fertilizer promoted a better crop yield. Or for instance, coconut oil, by virtue of being a ‘light’ oil actually has the ability to penetrate into the hair shaft, thus conditioning and protecting it.

For me, oil rituals hold a special place—and the latest in my collection include the Egyptian Honey and Castor hair oil, the Tsubaki Blend Oil and the Kukmu Mahua Beautifying Face Oil by Global Beauty Secrets. These luxurious oils pay homage to ancient rituals from around the world and are an experience unto themselves. These potent and powerful formulations bring to life the beauty and the wisdom of a time gone by. My oil rituals are reserved for that sacred me-time, usually on weekends. My first tryst with Global Beauty Secrets was with the Egyptian Castor and Honey Oil that honestly had me with its list of ingredients—castor oil, jojoba oil, macadamia oil, argan oil, chamomile oil, rosemary oil and tea tree oil to name a few with the most charming being honey perfume! Right from the packaging to the first use, the experience has been exquisite. A couple of weeks later, I also added the Tsubaki Blend Oil into my haircare routine. This again, with its packaging was reminiscent of a precious gem. While this can be used on both, skin and hair, I have incorporated it into my haircare routine, switching between this and the Egyptian Castor and Honey Oil. I usually like to create a relaxing ritual out of the routine. So, first the oil is heated for better penetration into the scalp, followed by a heavenly head massage with a side of relaxing music. To elevate the proceedings, I like to wrap a warm towel around my head while soaking in the goodness of the concoctions. A good night’s sleep follows, and I wash my hair the next day. For my face, it’s usually the Kukmu Mahua Beautifying Face Oil inspired by the beauty rituals of the royal house of Mayurbhanj. As a homage to the royal Indian beauty secrets, this special face oil is formulated with almond oil, rosehip oil, turmeric oil and of course the legendary mahua oil. I’m usually wary of applying oils directly on my face (hello, sensitive skin), so I typically add in a drop or two with my moisturiser and then go in either with a rose quartz roller or gua sha for a relaxing massage to melt away the stress of the week.

While modern medical science may continue arguing over the evidence, I know my hair never looks better than it does after a well-oiled wash. Or that nothing quite gives me that lit-from-within glow than a massage with my favourite face oil. Or that the best sleep is guaranteed after a relaxing foot massage with an essential oil.

The idea of using a rare oil in your beauty routine is not simply a luxury by virtue of its ingredients, but also because it affords you time for yourself, to do something for yourself. And what better act of self-love could there be?

About the author
Shweta Vepa Vyas is a leading journalist and editor who in her career spanning almost two decades has been associated with some of the most influential Indian and international publications. Having started her career with print, she’s now also a prominent voice in the digital lifestyle and beauty space. Apart from her editorial roles, she’s also held senior positions in advertising and digital marketing. Given her passion for beauty and her association with various global brands, she has acquired an in-depth understanding of the beauty industry and the Indian audiences.

At the moment, she juggles her time between being a full-time mother and a contributor and consultant for beauty publications and brands—as and when her children permit it.